Two quenchers are better than one

Most 5′ hydrolysis probes (dual-labeled) use a terminal fluorophore and a single terminal quencher, with 20−30 bases in between. The level of interaction between the fluorophore and quencher is determined by probe length. IDT ZEN™ and TAO™ PrimeTime® Probes include traditional 5′ fluorophores and 3′ quenchers, but incorporate an additional ZEN or TAO quencher into dual-labeled probes between the 9th and 10th bases from the 5′ end. This decreased distance improves quenching, with less background than traditional dye-quencher combinations, resulting in higher signal detection. 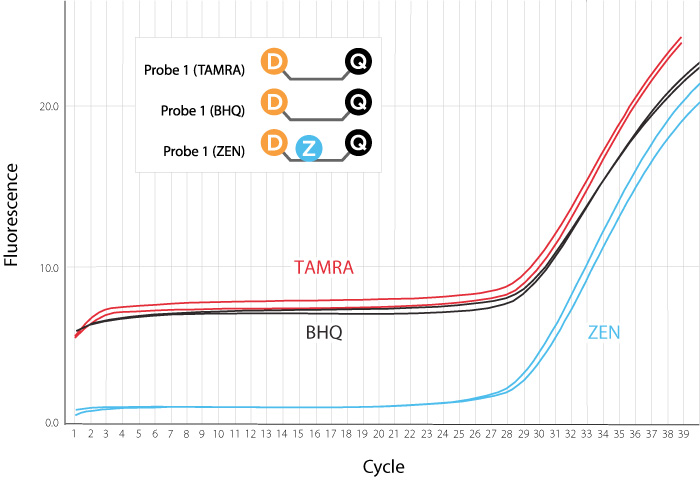 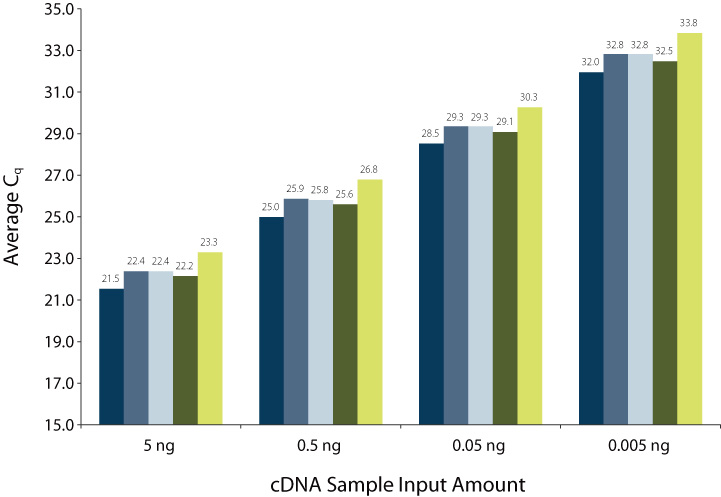