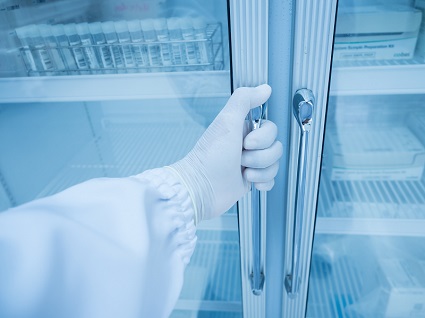 CRISPR is such a new technology that it is hard to say that certain approaches are the “classical,” while others are newer. However, if creating double-strand breaks (DSBs) in DNA is considered the “classical approach” to CRISPR genome editing, you can compare the creation of DSBs to some other approaches that scientists have taken by making a wide variety of Cas9 mutants and fusion proteins.

Native Cas9 enzyme naturally makes DSBs in DNA. The enzyme has 2 protein domains, HNH and RuvC, each of which cuts a different strand of the DNA. The HNH domain cleaves the targeted DNA strand, while the RuvC domain cleaves the non-targeted DNA strand, which contains the PAM sequence. By mutating 1 of the 2 protein domains, scientists have made “nickase” forms of Cas9. Cas9 nickase variants have an alanine substitution within one of these catalytic domains that renders the mutated domain inactive. Therefore, Cas9 nickases cut one strand of DNA without cutting the other strand, creating a nick. In the RuvC mutant, D10A nickase, only the HNH domain is active, so the cut is on the targeted strand. Conversely, H840A nickase, the HNH mutant with active RuvC, cuts the non-targeted strand. These nickases are both available from IDT.

By mutating both the HNH and RuvC domains of Cas9, scientists have been able to block the DNA-cleaving activity of Cas9. This catalytically inactive form of Cas9 is known as dCas9, which stands for “dead Cas9.” This variant still binds specifically to targeted DNA when directed there by a guide RNA but does not cleave the DNA. However, it still prevents other enzymes such as transcription activators from binding that site. Thus transcription is blocked, and the gene is temporarily silenced [1]. When dCas9 is naturally cleared by the cell, transcription can resume. In this convenient way, dCas9 can be used for reversible gene-silencing experiments. Recombinant dCas9 is available from IDT.

Base editor systems and other Cas9 fusion proteins

Scientists have fused Cas9—both catalytically active and inactive—with many other proteins. Base editor systems are one notable example of the use of fusion proteins. In these systems, dCas9 is fused with a nucleobase deaminase enzyme [2]. These fusion proteins precisely target a site in DNA and directly exchange one base for another. Such enzymes are good at making single point mutations at desired locations without depending on cellular machinery to repair DSBs, particularly useful in some non-dividing cells.

One particularly unique approach to CRISPR is known as CRISPR prime editing (Figure 1). In this approach, Cas9 nickase is fused with a specially engineered reverse transcriptase enzyme. What makes the prime editing approach especially unique is the use of a prime editing guide RNA (pegRNA). This pegRNA is a long, single-guide RNA with extra bases that serve as a template for synthesis of a new DNA sequence [3]. pegRNA directs the enzyme to the target site as in normal CRISPR genome editing but also loops across the complex to the other side of the DNA to dictate the new sequence. For more information, see the article, Prime editing with pegRNA. IDT manufactures pegRNA for CRISPR prime editing.

Among the many Cas enzymes, several have been studied in the context of genome editing. Cas12a is another widely popular Cas used for “classical” (DSB-forming) genome editing and is available as recombinant protein from IDT. In some labs, Cas12a, like Cas9, has also been rendered catalytically dead and/or fused to other proteins to enable alternative uses [4].

This application note explores the optimization of HDR in mammalian cell lines, including criteria for selecting guide RNA sequences, considerations for DNA donor template design, as well as use of either Cas9 nuclease or Cas9 nickase.