Jeff Horrigan | May 6, 2020
A toast to Katie Meade's chops with the hops. IDT traffic director uses her science background to come up with original home-brewing recipes.

As traffic director for the Metrology group at IDT’s Coralville, Iowa, headquarters, Katie Meade is responsible for the precision and operation of all equipment and instruments in her division. She calibrates, corrects, and organizes so everything is in proper working order.

“I love problem solving and helping people fix issues with their instruments,” said Meade, who has been at IDT since 2013. “Every day is different because I have no idea what will be broken on any day.”

Her diligence, organizational skills, and corrective measures ensure that a process can be adhered to, which enables IDT to maintain its product uniformity and industry-leading quality control. Away from work, however, Meade’s passion relies on her willingness to innovate, experiment, and wing it with measurements and methods. 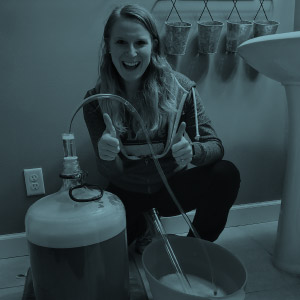 She and her husband, Jacob, are at-home craft brewers who love developing their own recipes for unique ales, stouts, seasonal brews, and more.

“My science background has helped tremendously,” said Meade, who earned a chemistry degree at the University of Iowa. “Brewing is science! It’s essentially gathering ingredients, boiling them, adding them together at specific times and temperatures, and in a particular sequence. It’s just a large-scale science experiment.”

The large turkey fryer on their back patio is a result of the experimentation.

“When we first started brewing a few years ago, we tried to do our boil step on our electric stove,” she said. “That did not go well.  It took about three hours for the giant pot of water to heat up enough to even consider it close to a boil. So, we invested in a propane turkey fryer that could control the temperature better. It heats up much faster.”

The necessity to adjust on the go is a testament to Meade’s problem-solving abilities.

“The brewing process itself it actually really easy, but there are a lot of factors to control,” she said. “Your ingredients, brew time, brew temperature, the timed addition of the hops, grains, and malt, and the time and temperature of your fermentation, etc., all have an influence on your final product. If something goes wrong during your brew and you get funky beer, it takes a little problem solving to figure out what happened and what to change for next time.”

Lately, the results have been wonderful. They recently brewed “High Tea Hibiscus,” which is a pale ale with dried hibiscus leaves from their yard that add tea flavor, as well as “Vanilla Mint-er Warmer,” which is a winter warmer-style stout made with vanilla beans and mint leaves.

“Brewing is chemistry, so it is a really good fit as a hobby,” Meade said. “It’s an experiment that has, arguably, one of the most delicious results.” 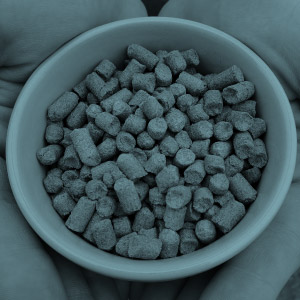 “We actually became mug club members at Backpocket this year because they have been turning out so many great beers,” she said. “They definitely are my favorite for their dessert sours. Their Kitty Lime Pie is amazing. But Big Grove has my vote for their stouts, like Richard the Whale and Morgan Horse, and their hazy IPAs, like Shadeshine and Big Ed.”

While there may not be a wrong answer regarding a best local craft brew, Meade said there is one incorrect response she won’t accept.

“I love talking about and teaching people about beer, and I won’t believe you if you tell me, ‘I don’t like beer,’” she said. “There are so many kinds, you just have to find the one for you!