Our Scientific Applications Support team has assembled a list of frequently asked questions to help you find answers quickly. Filter using one or more categories to focus on specific topics, or use the search bar to perform a text search.

Can I use a CRISPR-Cas9 crRNA protospacer sequence that is shorter than 20 nt?

The Alt-R® CRISPR-Cas9 crRNA ordering tool (accessible here) accommodates 19 and 20 nucleotide (nt) protospacer sequences; however, we recommend 20 nt sequences for most experiments. Other formats can be ordered as custom RNAs.

There are reports in the literature suggesting that CRISPR-Cas9 nuclease specificity can be improved through use of truncated guide RNAs [1]. For example, 17 nt protospacer elements have been reported to reduce off-target effects. 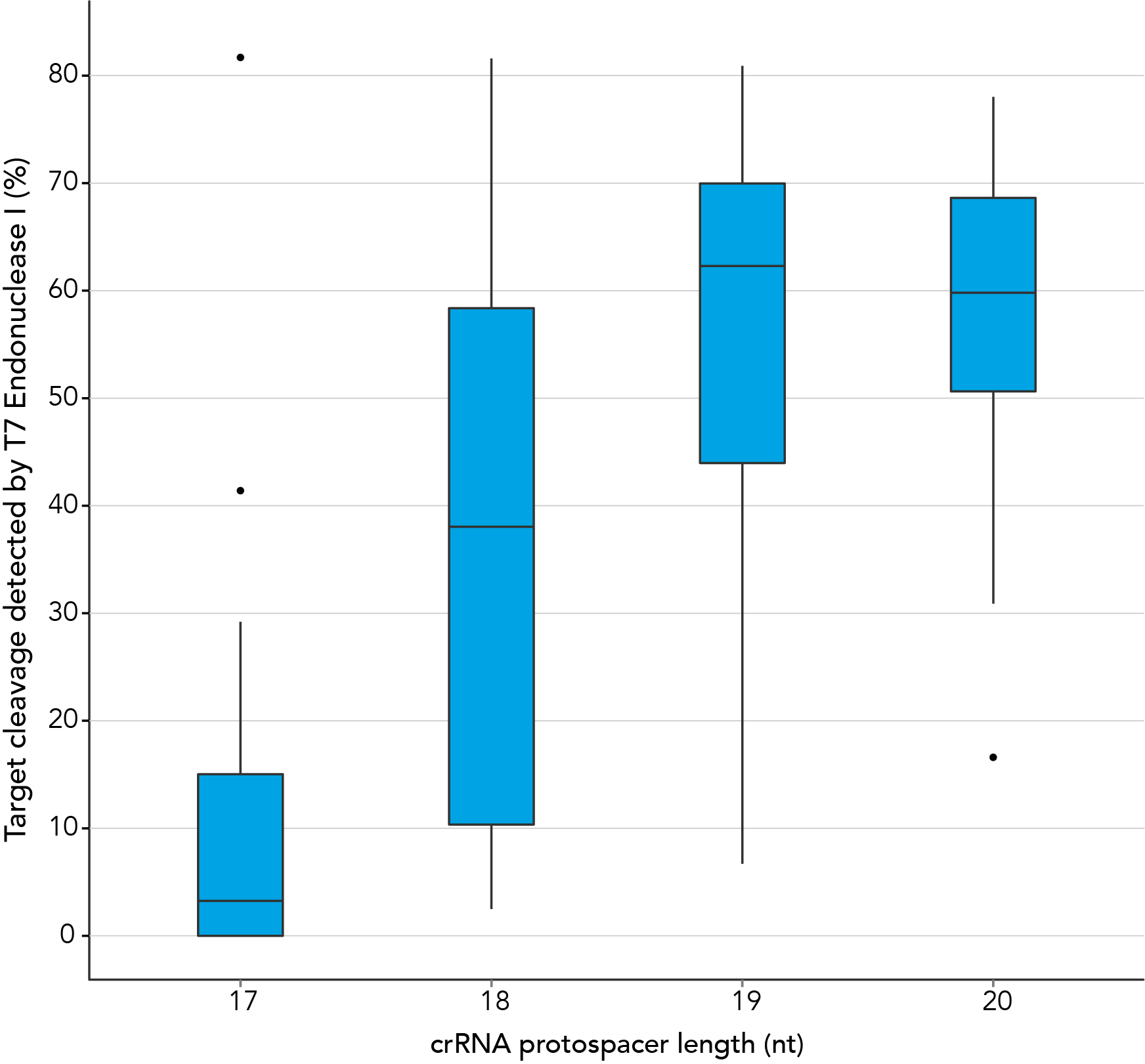