Chat now
We are IDT

Jeff Schmerker | May 30, 2020
(…and it also led him to India, his parent’s basement, and entrepreneurship) 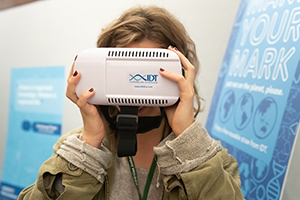 Christopher Johnson is IDT’s New England regional sales manager, but he can trace his journey in the field of synbio sales to a chance decision to join an iGEM team when he was in college. In between he became a yogurt expert, started a company, and tinkered with triple-digit returns with that legendary Spring Break staple, Jell-O shots.

iGEM is short for International Genetically Engineered Machine, a worldwide synthetic biology competition aimed at students working to advance the field and address unique challenges in their local communities. Projects are presented each fall at the iGEM Jamboree where they are judged and awarded with medals and special prizes; this year, the Jamboree will be held virtually.

Today, Johnson  handles IDT sales in the Northeast, with the majority of his customers being located within easy commuting distance of his Boston home.

Johnson grew up in dairy country, AKA Madison, Wisc. He went to high school there, then attended the University of Wisconsin. As an undergrad he studied material science and planned to go into engineering, but one summer he worked at Jo Handelsman’s microbial communities lab.

“That experience opened my eyes to how cool biology is, like how interesting biologic systems are and how amazing it is, and how much we know and don’t know at the same time,” he said. “How even with our limited knowledge of how biologic systems work we can do engineering, map biologic systems, make more efficient crops, and make a cure for cancer. With bioengineering, it was how I liked building with Legos as a kid, and I took that a step further.”

Johnson’s iGEM experience can be traced to biofuel production efforts.

“Early on in my junior year I learned about the iGEM competition,” he said. “We had a small team with very limited funding and lofty ideas that we were not able to effectuate in the way we wanted to, but I spent a summer plus a few months with eight of us in a little dungeon lab in the basement.”

Johnson and his teammates were hacking a strain of E. coli to produce jet fuel—that’s right, jet fuel—from a molecule called limonene, which is produced by a citrus plant. The students learned that limonene, the chemical that creates the wonderful smell you get when you peel a lemon, orange, or lime, could produce a jet fuel with high energy density and a low freezing point. Unfortunately, as the team learned, while the concept of lemon-peel jet fuel technically works, it’s not anywhere close to being economically feasible. Still, the work was enough to boost the team past the regional qualifier and to the national finalist square-off in Boston—this was in 2012, before the Giant Jamboree, where all teams meet today, started.

As Johnson’s senior year ended and he enlisted in a master’s program, also in Madison, his attention turned to a readily available commodity—yogurt—and its magical ability to feed millions of hungry humans.

India, Johnson found, is the world’s largest producer and consumer of dairy products, with much of the production done in backyards and small kitchens, where yogurt is made on a daily basis. Not only is yogurt tasty, but it’s a great way to preserve milk without refrigeration. Meanwhile, Johnson also delved into vitamin deficiencies—a major problem which affects the poorest third of the world’s population. Soon, with the help of a professor, James Steele, who has a PhD in food sciences, Johnson launched Project Dhristi—named after the Hindi word for “sight”—and secured $200,000 in funding from Saving Lives at Birth, a project of the Bill and Melinda Gates Foundation and the U.S. Agency for International Development (USAID). Johnson traveled to rural villages, using his connections with the Gates Foundation and USAID, to sample yogurt and talk to regulators.

But ultimately the project in India, which he later codified into a start-up, Better Biome, stalled due to anti-GMO regulations in target markets. The promise was there—to enable people to make their own vitamin-fortified product independent of any pills or public distribution—but headway was tough, and he needed India on board to make the rest of Asia work.

“That did not seem to be happening,” he said. “They told me to come back in a few years. I never filed a patent.”

Johnson traveled and eventually worked his way back to the lab, but his entrepreneurial side would not keep quiet. He investigated selling pre-made gelatin shots—Johnson found he could make them for 25 cents a pop and sell them for $2, scoring triple-digit margins. Johnson toiled in his parents’ basement for a couple of months, went to a trade show, got backing, nailed a manufacturing method, and produced a prototype—a gelatin-filled tube of vibrantly flavored alcohol you peeled open. But this effort, too, fizzled—Johnson ran head-on into so many regulatory issues that all he got out of it was a few good taste-testing parties. Eventually he ran out of money, his parents started inquiring about “real” jobs, and that’s how he found himself at IDT.

“This job  is ideal for me because it’s exploring the business side of biotech while still letting me be closely related to research through customers that are involved in groundbreaking projects around the world,” he said. “So, this has not just been fun and a great job, but it’s also been incredibly educational.”

Last year, Johnson returned to iGEM’s Giant Jamboree—not hard, since both it and he are still in Boston—and spoke to today’s generation of student scientists.

“The conference is really an incredible experience,” Johnson said. “It opened my eyes to the exciting opportunities that synthetic biology makes possible for humanity. Synbio’s promise is to have a more sustainable agricultural system, a greener industrial system, a more efficient healthcare system, and lower costs all along the way.”

As far as selling IDT products in Boston goes, Johnson said it’s an engaging career. While Boston is competitive, Johnson said his job is made easier thanks to IDT’s strong product portfolio.

“It is always easier to compete on your technical performance than just compete on price” he said. “A lot of my job is to remind customers that you get what you pay for. We want to help our customers advance science. That is IDT’s purpose.”